Encouraging others to pursue God’s mission

When people think of “retirement,” they may think of vacations, visiting grandkids, hobbies like playing golf, or putting aside the work of teaching and leading to relax. In other cultures, getting older means getting even busier as more community or family leadership and problem solving is expected.

“We know that if we’re not transforming our minds daily, we look like we did last year or the year before,” Susan said. Their goal is to stay excited about being in the Word, no matter how many Bible studies they’ve done or classes they’ve taught on the passage.

For most of their adult lives, Susan and Ronda modelled this excitement about the Bible through their BSF leadership roles. Although they loved being in BSF, their season of life required more flexibility and a shorter time commitment. Because of their love for the ministry, they decided to try BSF’s WordGo app, but remained sceptical if it would really work for them.

“I was very technologically astute in the 1980s. Now, not so much!” Ronda laughed.

In addition to the obstacles in learning a new technology, they also worried it wouldn’t be as rich as the 9-month book studies they were used to in BSF. They were surprised to find that WordGo offered the same four-fold method for study with the verses, questions, notes, and teachings all included in the app.

“I love BSF. I want to wear the banner of BSF. I think it’s the most wonderful Bible study ever,” Ronda explained. But to condense it into smaller studies? She was convinced it would not have the same impact.

“But I thought, I’m going to try it and oh my goodness it does. I feel the Lord moving in those small lessons just as much as I did in the longer ones,” Ronda said.

Susan agreed, “I was surprised at the depth and how similar it aligns itself with BSF. And we’re speaking from being old BSFers!”

Now, Susan and Ronda lead a group of women they previously attended BSF with in a weekly meeting when it fits everyone’s schedules. They also have two other groups connected to their church that use WordGo at the same time.

As they learned the new technology required to lead a WordGo group, they saw an opportunity to reach more people. Alongside their desire to encourage and challenge women in their age group to keep being transformed by God’s Word, they also felt called to mentor younger women and it was clear to them that social media held the key.

Combining their lifelong friendship and BSF training, Susan and Ronda began “2 Biddies on a Bench,” a social media ministry dedicated to “[encouraging] people that are our age and those that are younger that in hard times there’s still great joy in his sufficiency.” They share everything from book reviews and cooking tips to spiritual wisdom on Instagram and Facebook.

Their encouragement to stay on mission is especially powerful given that their retirement has been anything but a vacation. Ronda recently lost her husband and is going through a season of grieving. Susan remains a full-time caregiver to an adult child that suffered a traumatic brain injury.

As they participated in the John course this year, Ronda has been moved by the descriptions of what the disciples and Jesus suffered in their lives and ministries, yet the Lord was still with them. Ronda was encouraged by “finding the joy, besides all that’s going on, that is so good. The Holy Spirit showing me that he does care, and he does love me even though I’m going through a lot.” Even though she has read these passages many times before, they’ve spoken to her in a new way as she fights to find joy in a season of loss.

Whatever stage of life we find ourselves in, whether it is a busy season of raising children, a sorrowful time of loss, or a new opportunity found through retirement, we are called to stay on mission for God. To do so, we need to stay excited, like Susan and Ronda model every day, to read the Word God has given to us. 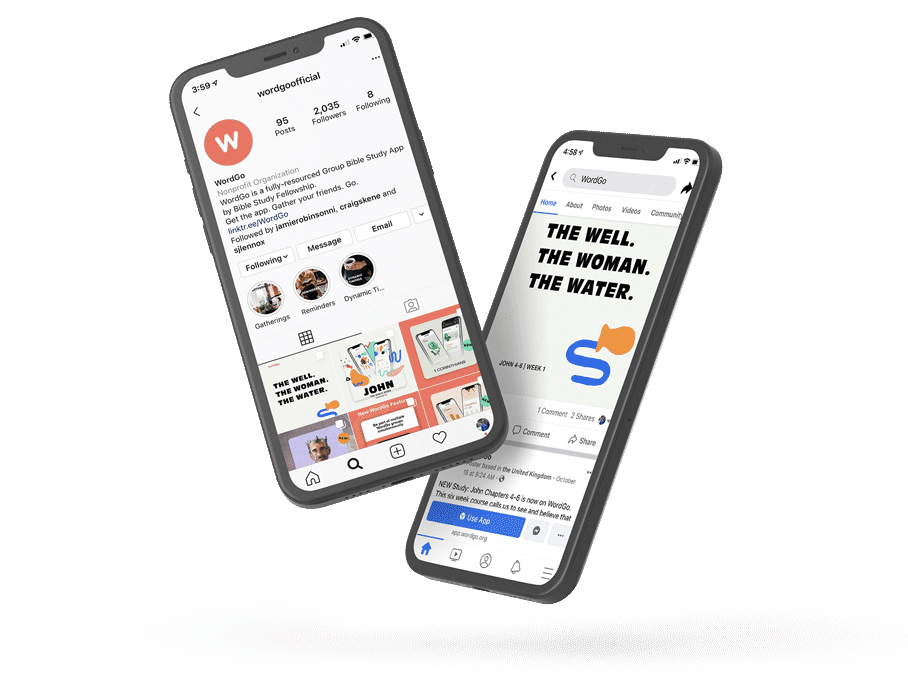